QPR1st are sad to have to announce that our first elected Chair, David Price, passed away on Friday afternoon after a long battle with Cancer.

As one of the founders, David served as part on the initial interim committee when the Supporters Trust was first formed in April 2001. After being elected by the membership with 325 votes to serve on the first official committee in September 2001 he was subsequently chosen to be the first Chair of QPR1st.  David served the Trust and its membership with diligence and distinction through the clubs turbulent period of administration and beyond before stepping down for personal reasons. 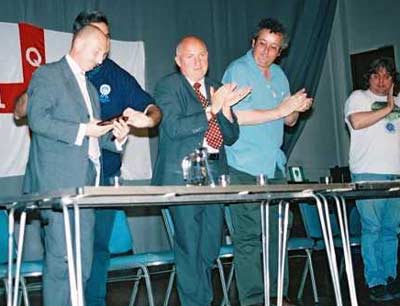 David had been fighting against Cancer on and off for over a decade but had been able to continue to watch QPR from his ST seat along with his son Will until the COVID restrictions shut down attendances last year.

We offer our sincere condolences to his wife Sarah, son Will, family and friends.